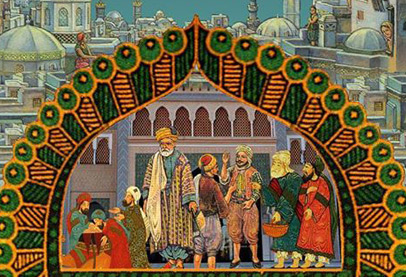 Local Art has spanned many centuries. One of the most famous kinds is the Gandhara art between the 1st and 7th century based on Greco-Buddhist art. Since the 1900s, the nation began to use Western techniques in art. Afghanistan’s art was originally almost entirely done by men but recently women are entering the arts programs at Kabul University. Art is largely centered at the National Museum of Afghanistan, the National Gallery of Afghanistan and the National Archives of Afghanistan in Kabul. There are a number of art schools in the country. The Center for Contemporary Arts Afghanistan (CCAA) in Kabul provides young people to learn contemporary paintings.

Gandhara Art, also known as Greco-Buddhist art is a type of art which developed in present day north western Pakistan and eastern Afghanistan between 1st century BC and 7th century AD. Gandhara Art was at its peak under the Kushana patronage, and it developed parallel with the Mathura style of art in India.

Gandhara Art is a fine fusion of Indian and Roman schools of art, with basic iconography being Indian. Motifs and techniques of classical Roman art like vine scrolls, tritons, cherubs bearing garlands and centaurs are incorporated. Initially, Gandhara art was extremely fine and realistic. But later, it lost its sophisticated realism and became more symbolic and decorative.

Green phyllite and gray-blue mica schist were used in the beginning years of Gandhara art and stucco was used after 3rd century AD. Gandhara sculptures were painted and gilded at the time of their making.

Main centres of Gandhara Art were Taxila, Swat and Charsaddah (old Pushkalavati). Hundreds of monasteries and stupas were built in these places and today pieces of Gandhara sculpture can be found in museums all over the world. The sculpture of ‘Fasting Buddha’, displayed in Lahore Museum of Pakistan is considered a masterpiece of Gandhara Art.