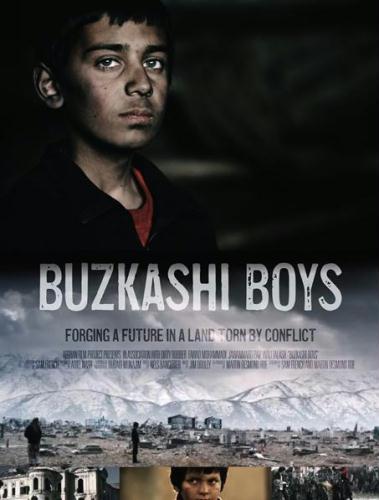 Afghani film culture can be traced back more than 50 years. In 1946, Ishq Wa Dosti (love and friendship) was the first Afghan film production (co-produces with an Indian company), directed by Reshid Latif. The formation of Film Association in 1965 encouraged young Afghan artists to make films. Films such as Akhtar-e-Mushkara, Mojasema ha Mekhandand, Jeneyatkaran, Gonah and Mard ha ra Qawl Ast were seen by thousands in both rural and urban areas of Afghanistan. But during Mujahideen regime the film industry started moving towards crisis and with coming of Taliban regime in 1996, cinema endured lot of hardships. Films are outlawed, movie theatres were burnt and artists were either killed or they fled to another country. Cities like Jalalabad produced the greatest number of Pashto films, about 20 to 25 films annually before the Taliban destroyed the only two movie halls in the city. In 2002, Chapandaz, a heroic sports drama set amidst the world of buzkashi was the first Afghan film made and screened domestically in many years.

Today, artistic freedom is returning for Afghan filmmakers and directors such as Siddiq Barnak, Homayun Morowat, Ahmadi Latif and Said Woakzai are creating a new Afghan cinema. Osama (2003), Kandahar (2001) and the western produced Afghan Stories (2002) and The Kite Runner (2007) have gained global acclaim. At the same time, Pakistani, Indian, English and Iranian movies are more popular in Afghan cinemas than the indigenous work. In 2012, ‘Buzkashi Boys’an Afghan film about two impoverished boys in Kabul earned international critical acclaim, including an Oscar nomination. It is the first film to be produced by Afghan Film Project, a non- profit Production Company and directed by Sam French, an American documentary maker. During the production of ‘Buzkashi Boys’, a dozen aspiring Afghan filmmakers were tutored through the production and post-production process with many getting their first opportunity to write, produce and direct a major film. Afghanistan’s film industry which was held in check for many years is finally blossoming and forging a path in global cinema.