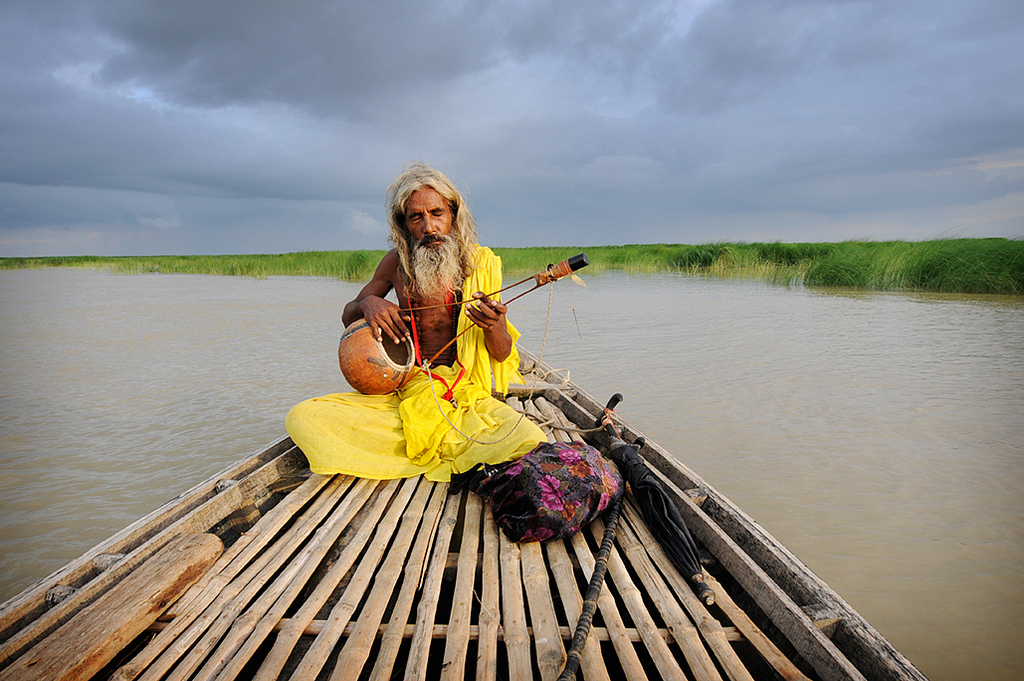 Traditional Musician of Bangladesh
Folk music
Bangladesh has a very rich musical tradition. It has always played an important role in the lives of the people. In ancient times, song was usually linked to prayer and this can still be seen today in the singing of folksong that often praises gods and their creation. Over time, with new influences, musical styles evolved. Musical development was boosted by the steady flow of royal and aristocratic patronize.

Bangladesh music can be categorized into a number of genres. The main genres include: classical music, rabindra sangeet, nazrul geet, folk songs, adhunik gaan and modern music with western influences. Each of these categories is very broad and can incorporate of number of different styles and musical movements.

The most distinguishable characteristic of classical music is that it is based on rang modes. Rabindra sangeet is more often characterized by the words used; the lyrical poetry of the songs can be prayer songs, love songs, seasonal songs or even patriotic songs. All Rabindra sangeet has a philosophical often woven into masterful poetry.

Nazrul geeti is more easily classified because all music works in this genre incorporate the works of Kazi Nazrul Islam, one of the country’s national poets and a major revolutionist. The style tends to use revolutionary thoughts as well as spiritual and philosophical themes. To listen to a Nazrul geeti please click here. http://www.youtube.com/watch?v=e9kCd5vdB3c

Adhunik gaan meaning Contemporary song is the generic name given to all modern music (music that incorporates Western styles). The style started to emerge just before the revolution for independence and is stylistically simple so that anyone- including the uneducated – can appreciate its worth. While these songs are still called ‘Adhunik gaan’ which means ‘modern songs’ many of them are now quite old. Despite the emergence of newer styles of music, Adhunik gaan is still one of the most popular music styles amongst middle- class Bangladesh families today.

The classical music, both vocal and instrumental is rooted in the remote part of the sub- continent. Ustad Aladdin Khan and Ustad Ayet Ali Khan are two names in classical instrumental music that are internationally known.

Since the late 80s pop and rock has the country‘s youth shaking its legs and it is still being enjoyed today. Some mainstream rock has made its way to radio stations and CD shops in Bangladesh while a large underground rock movement also exists.